China Belt and Road Portal provides this roundtable discussion with platform support, Law School of Central University of Finance and Economics and Hanqing Advanced Institute of Economics and Finance of Renmin University of China with academic support, and IFC•IIC Federation with intellectual support.

Being committed to the idea “Connectivity, Cooperation, Joint Governance and Shared Benefits”, AFCA actively promotes the exchange of financial thoughts and experiences of B&R, carries out relevant financial cooperation research, and formulates relevant financial standards, to make innovations in the investment and financing mode for Belt and Road, Mr. Chen Kewen said. This roundtable discussion can lay a solid foundation for China and other countries’ efforts to develop leading international financial centers. Endeavoring to partner with ADGM, AFCA expects to maximize the economic and financial development and well-being of Asia and MENA region.

Mr. Richard TENG points out that global economies should guard against xenophobia and temptations to erect artificial walls and withdraw from global trade for short-term economic or political benefits, though social measures including lockdown, social distancing and border controls are important in the fight against Covid-19. At the same time, he applauds China’s efforts to uphold the importance of international trade and investment as critical for inclusive growth and future prosperity of the world.

Under the epidemic situation and global economic changes, the developed economies have been unable to detach their economic growth from the trade and investment of emerging markets given the fact that these markets account for roughly two-thirds of global growth in the past 3 decades. Particularly, the Middle East and Africa region is too important to ignore in the years to come. China’s Belt and Road Initiative has directly benefited MENA region, and strongly supported local economic growth and social development.

As an emerging and leading international financial center in fast growing MENA market, ADGM has been improving its regulatory regime and digital business, and seen huge net inflows even during Covid-19. It has the largest offering of digital licenses available in the region and internationally, including digital banking, digital payment, digital securities offering, digital asset exchanges. Through in-depth cooperation with China, we aim to build ADGM into an investment and financing hub as well as a RMB offshore pilot hub in MENA region to support international and bilateral trade and investment, contributing to the economic recovery and sustainable growth in the regions.

With the rise of financial technology and the increasingly fierce competition in the global financial industry, China has paid more attention to the influence of legal system on the construction of international financial centers. Through this seminar, from the perspective of the legal system innovation of the international financial center, policy makers and academic circles can explore the mixed legal system, learn from the experience of Abu Dhabi and combine it with China’s free trade area / port building, and law application and risk management of overseas investment of Belt and Road.

China’s free trade port building, and legal application and risk management of the “Belt and Road” overseas investment and financing can also draw lessons from institutional innovation and judicial practice of the leading international financial centers. We also analyze its inherent legal logic and development experience in order to seek empirical support for future decisions.

Institutional and legal innovation is one of the key elements in the development of international financial centers and free trade ports. The core is to create a fair, open and efficient market environment through orderly and standardized regulation, forming an international, diversified and healthy market ecology. The business environment, including taxation, ownership, regulatory services, human resources, infrastructure and service ecology, is a more critical factor for development.

ADGM has the top institutional guarantee from the Federal Constitution, the Emirati National Law and the Free Zone Law. The common law system can be directly applied in the whole zone. The three authorities, namely the Financial Services Regulatory Authority, the Registration Authority and the Courts, have recruited regulatory officials and professionals around the world to operate efficiently according to international standards and build up the talent pool. In areas such as overseas investment and financing of the “Belt and Road” and the use of RMB in MENA region, ADGM will ensure that its own development is bound up with China’s economic growth, and jointly promotes multilateral investment and financing cooperation among international financial centers.

Gao Xiqing, Professor of The Law School of University of International Business and Economics and Former Vice Chairman of CIC and CSRC

LLSV theoretical framework and empirical test of legal finance over time needs to be further examined on its reliability and suitability, since the hypothesis and data of 20 years ago may not be applicable to today’s situation.

The relationship between legal system and the development of international financial centers needs to be further studied. By referring to the law system and economic development of more countries, we need to figure out whether good legal system leads to stronger economic growth or the other way around so that other countries have to accept certain influential legal system. In a country as vast as China, it is particularly necessary to study the legal system building of a specific region from a multinational perspective.

The legislation, judicature and law enforcement need to be considered in a unified way. The global common law and statutory law are becoming increasingly integrated and inclusive. Especially in the Company Law and the Securities Law, the separate and mixed financial regulation model also have irregular distribution in the civil law and common law countries. The environment of demand is an important dimension for adopting legal systems. In addition to the demands brought by scientific and technological innovation and economic development, the relatively high predictability and transparency of common law system is another factor that promotes demand. The Arbitration Mechanism which has been effective in China can be used in relevant legal innovation and legal transplant practice.

The success of the ADGM model lies in the combination of financial regulation and legal transplantation. The regulatory “autonomy” of the financial free zone is the premise of “judge-made law” in the common law.

The key supporting factors behind the ADGM model are the financial credit, the game of financial policy competition and the innovation of financial business. These factors make the common law system more consistent with and support the high liquidity and innovation of the financial industry in product design, property right boundary and trading freedom.

The mixed legal system will bring up three challenges: high institutional cost, high unpredictability caused by the incompatibility between two systems, and the low efficiency that comes with judicial interpretation and precedents. The Chinese Civil Code cannot fully cover the current situation in financial field. Can the mixed legal system be introduced as a supplement?

There is still a chance that cases in Abu Dhabi can help China better build its IFC, but it does not come easy and would put our rule of law to the test. Facing global changes and challenges, could China be more open and further reform its legal, regulatory and judicial system? The answer to this question would decide China’s next step. The Abu Dhabi model would only be helpful to China under a more open and progressive social, political and economical environment.

Mr. Chen Daofu, Deputy Director of The Institute of Finance of The Development Research Center of The State Council

There are world’s leading international financial centers in both common law and civil law countries, so the relationship between legal system and the development of international financial centers needs to be further discussed. Case study method can be applied to tackle the specific issues, for example, on law, judicature, law enforcement and supervision, faced by Shanghai in the process of building IFC, so as to improve efficiency and applicability. More legal experiments can be done in areas such as Hengqin and Hainan.

The legal system has three most important functions: one is to define property rights in wealth creation; the second is to play an efficient role in trading platforms of exchanges, banks and various financial institutions; the third is to resolve property rights disputes.

These three aspects are one of the biggest challenges facing China at present. If disputes cannot be settled well, it’s hard to attract investors to come. Many practices in Hong Kong and Abu Dhabi are worth learning from. For offshore financial centers to succeed in drawing investors, the three functions must be fulfilled: clear definition of property rights, fair and transparent trading platform, and fair and just settlement of property rights disputes.

The professor emphasizes the use of local resources of law in the development of international financial centers and financial law. Future law reform in China needs to consider the role of judges being a human factor. It is essential for judges to apply their understanding of justice and fairness to judicial practice.

The Abu Dhabi model has a strong reference value for Macao’s economic transformation and its cooperation with Hengqin. As a space carrier, Hengqin develops modern financial service industry. Macao applies the advanced international legal system in the cooperation zone under the authorization of the central government. The key to financial integration between the two places is to reduce the difficulty of docking that comes with the differences in the financial legal system and financial supervision system. Based on the Abu Dhabi model and obtaining national authorization and Macao legislative support, an applicable general legal system is chosen and part of mature financial regulatory system is adopted. In this case, we can realize international integration in legal and regulatory system, and boost the development of Macao and Guangdong-Hong Kong-Macao Greater Bay Area.

Abu Dhabi Global Market (ADGM) is an international financial center located on Al Maryah Island in the United Arab Emirates, established by UAE Federal Decree. It is an independent free zone jurisdiction, comprised of three independent authorities, the Registration Authority (RA), Financial Services Regulatory Authority (FSRA) and the ADGM Courts. ADGM aims to build a “Belt and Road” investment and financing center that radiates the Middle East and North Africa (MENA), and serves important institutions and major projects in China and UAE; build a RMB offshore center that radiates MENA region and promote the economic and financial cooperation between the two countries.

From August 31 to September 5, 2022, the 2022 China International Fair for Trade in Services (CIFTIS), co-organized by the Ministry of Commerce and the Beijing Municipal People’s Government, was held at the China National Convention Center and Shougang Park. 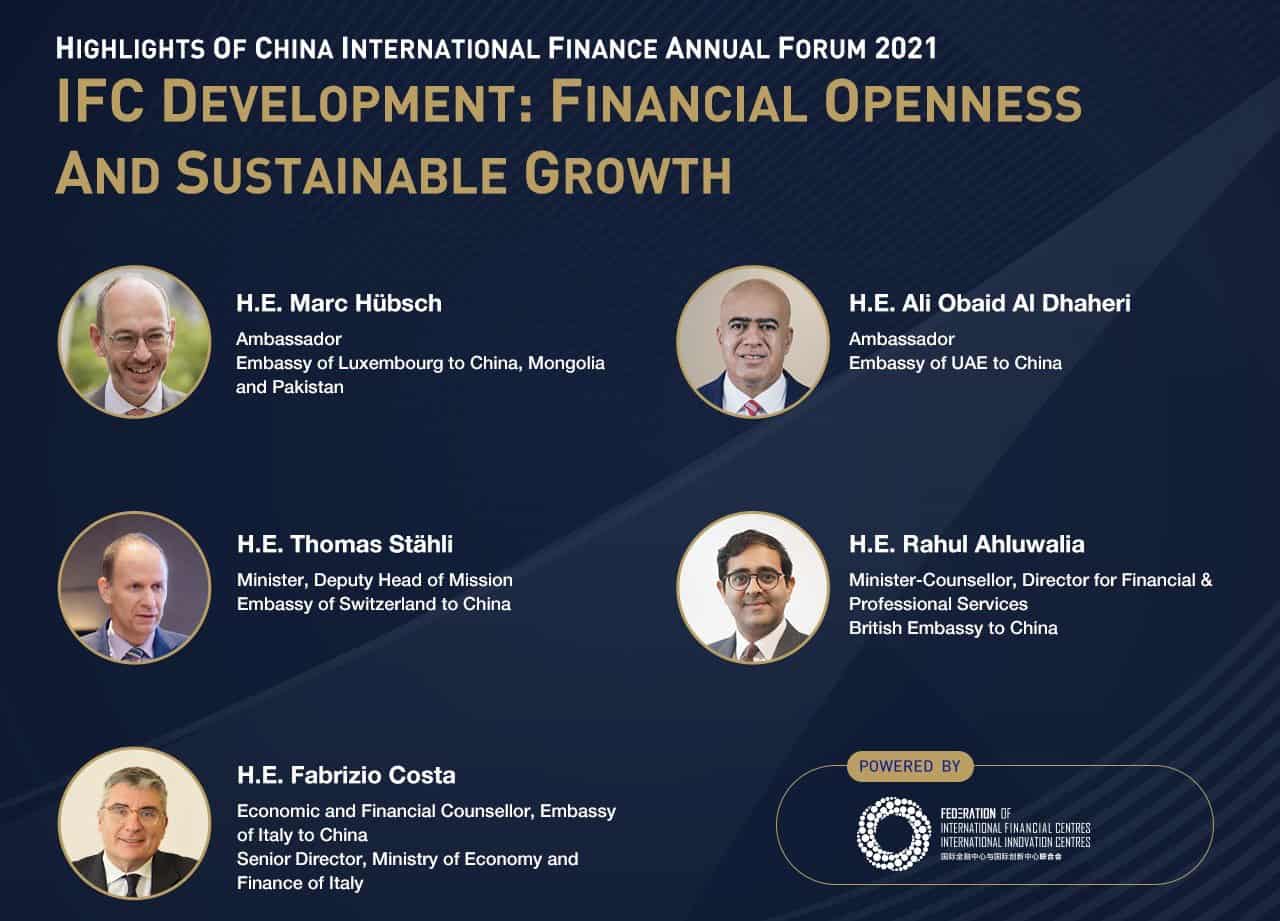 This article highlights the insights of senior diplomates to China shared in the China International Finance Annual Forum 2021 (CIFTIS). 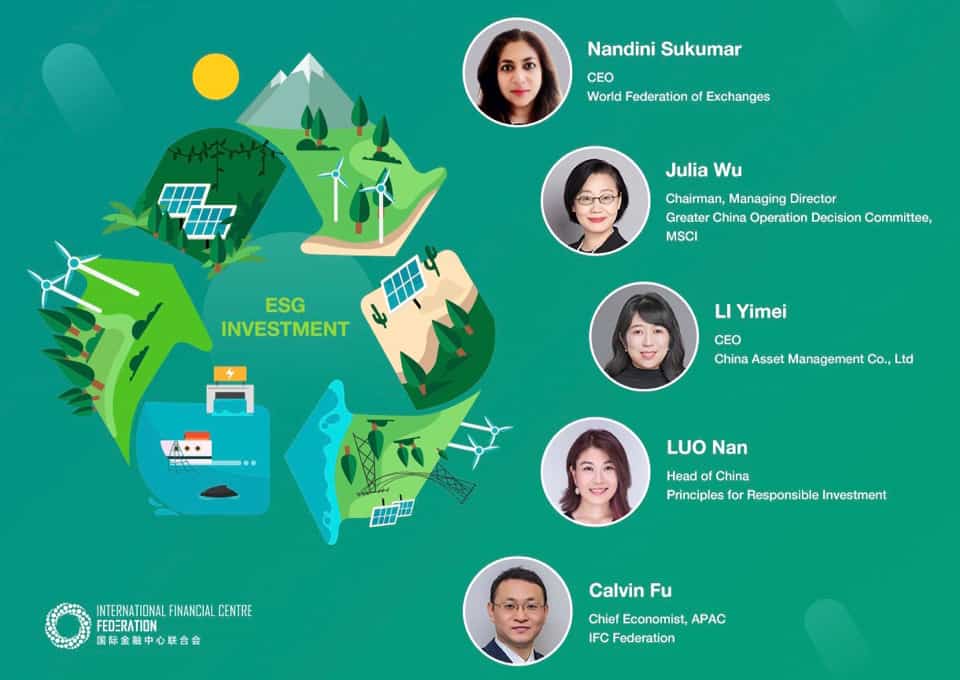 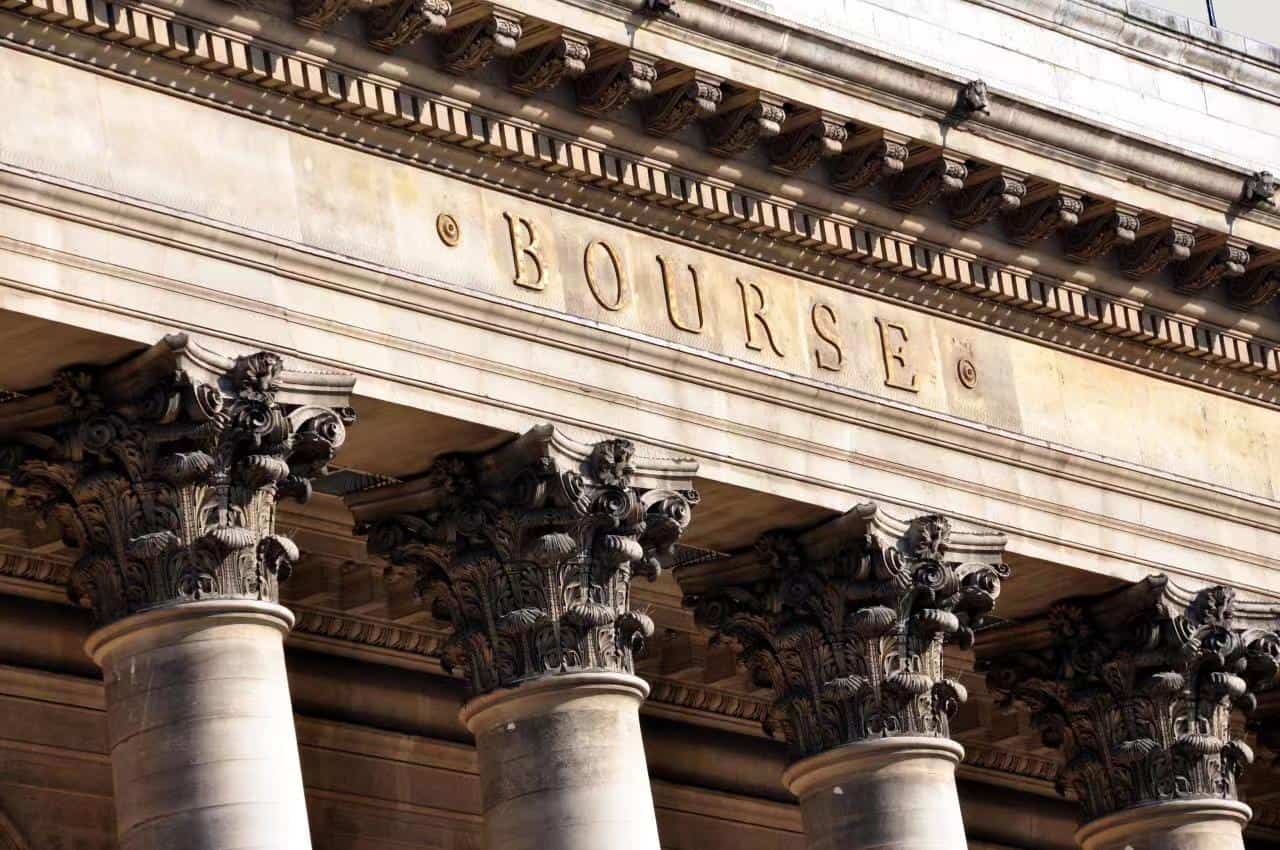 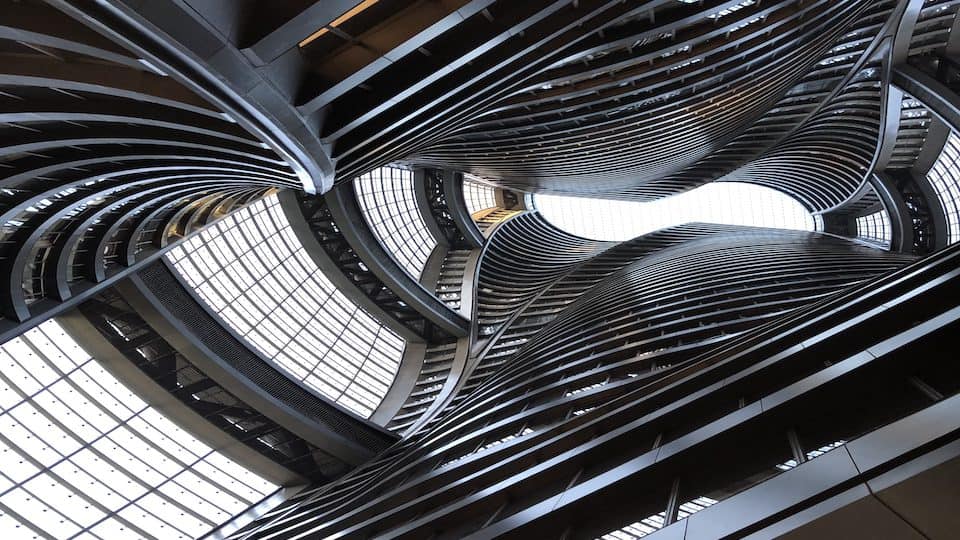 Workshop on Bay Area Economy: How Innovation Investment and Financial Instructure Empower the Sustainable Growth of The Great Bay of China